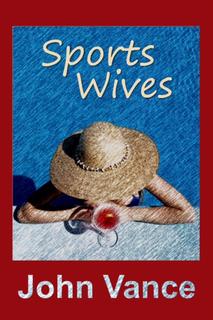 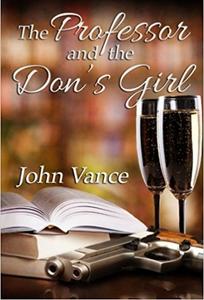 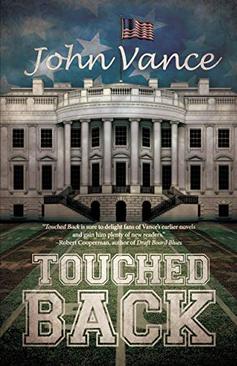 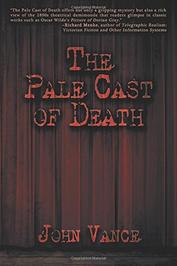 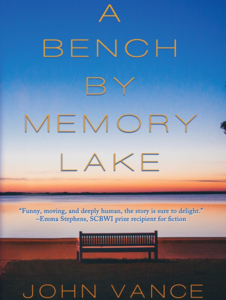 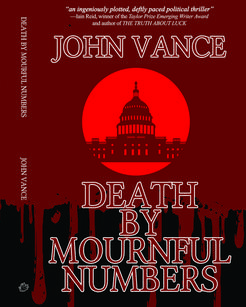 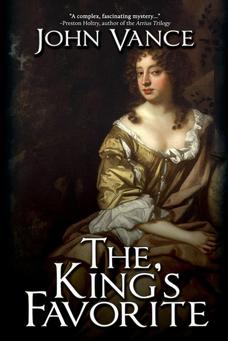 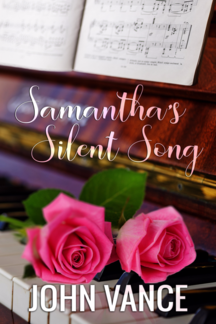 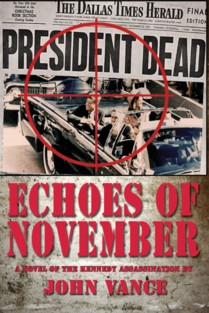 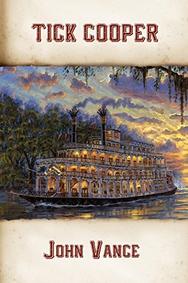 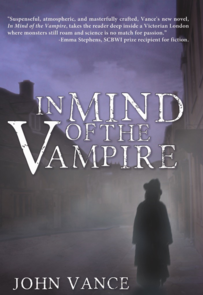 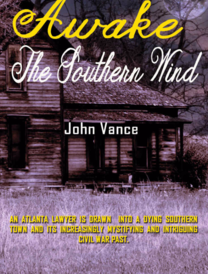 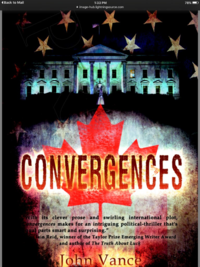 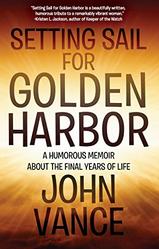 SECRETS OF THE CHIMES

​The murder of a football coach affects not only his university but also the White House, which counts as alums the president, First Lady (the coach’s step sister) and other members of the administration. Another alumnus, Daniel Wells—a Silver Star recipient while serving in Iraq and currently head of a veteran’s organization—is also caught up in these events. Who and how many are responsible for the coach’s and several additional and related killings in the Washington area--and is Wells also a target? And just how closely related is the First Lady to these events? Fifteen years earlier Wells planned to marry her, but something happened that precipitated an end to the relationship—the full details Wells never knew. Will Wells finally learn what caused their break-up, and how her troubled past is associated with the recent murders in the Capital City?


The King's Favorite is a mystery thriller set during one of the most spirited, scandalous, and memorable periods in English history—the Restoration—when the son of an executed king brought monarchy back to England after the repressive years of the Commonwealth. Following the coronation of Charles II came a reopening of the theaters, with the first women performing on the English public stage. What follows is a devastating London plague and fire, a monarch who openly indulged his sexual proclivities, a series of plots against the crown, and the first true collection of female celebrities—as actresses, mistresses, and even orange girls.

​   A Humorous Memoir About the Final Years of Life

“If life must not be taken too seriously--then so neither must death.” The Victorian author Samuel Butler surely had it right. Why should there be any shame or hesitation in recalling the humorous moments provided by aging parents during the final miles of a life’s journey, especially when the humor in no way diminishes the affection and respect felt for a loved one? This book is about the author’s mother Nan and the moments, events, and utterances that made her simply unforgettable to those who knew and loved her. In this memoir, which speaks to all of us who have experienced the challenges posed by aging parents, laughter serves not only as an antidote to depressing reality but also reminds us that the deceased has lived, has amused, has warmed our hearts, and will remain alive through the memories of words said and actions taken during the final period of life.

"I swear by everything I ever owned that [my adventure] will be the honest truth--even if I had to tell a few lies along the way to get to the meaning of that truth." So promises Tick Cooper, a twelve year old Ohio boy who’s about to accompany his Uncle Ned down the Ohio and Mississippi Rivers to New Orleans.  It’s the autumn of 1860, right before the election that will send Abraham Lincoln to the White House.
Yet, upon reaching New Orleans,Tick witnesses a slave auction, and on the block is a thirteen year old freed black girl named Clarissa, whom he had briefly met in Ohio.  Now Tick faces his most significant challenge. Can he help get Clarissa back to Ohio all the way from New Orleans?

"Tick Cooper" touches the heart as well as tickles the funny bone.  Chock full of adventures and memorable characters, the novel is also carefully researched for historical accuracy, with allusions to famous names of that time and accurate depictions (including sights, smells, and sounds) of the places visited. A book that appeals to reader's of ALL ages.

A BENCH BY MEMORY LAKE

​An engaging and intelligent woman seeking to end her unsatisfying marriage to a U.S. congressman, an acclaimed sports writer facing a major professional crisis, and an effervescent and quick-witted major-league ball-player’s wife dealing with a predominant fear of her own find comfort and resolution of their personal problems. The story touches the heart, titillates the funny bone, and reflects on the debilitating effects of guilt and the need for personal freedom.

The three characters are united not only by their friendship and budding affection but also by an emotional connection to a body of water located just outside of Minneapolis.


She’s thirty-two, musically gifted, vivacious, and in love with Patrick Harrold, the voice teacher who hired her to play piano for his collection of off-kilter vocal students. Indeed, Sannmantha Eliot has long dreamed of devoting her life to music and song. But there’s a problem. She can’t speak, let alone sing. And she hasn’t been able to since a terrible accident took her voice at the age of seven.

Truth be told, she has two additional problems. She’s never met—but is presently searching for--her birth mother. And the man she loves may in fact give up teaching voice, therefore no longer requiring her services. Can she rectify the second and third of these three problems, even though she must live with the first? Also featuring a collection of hilarious voice students with issues of their own, Samantha’s Silent Song speaks to those who have made an honest attempt, but failed, at fully realizing their dreams.

It’s the end of the term, and Nadia Hill hopes for a romance with her young literature professor, once she graduates. But there are obstacles. For starters, she’s attending college under an alias—made necessary because she’s the daughter of a high-ranking figure in organized crime, who vowed that Nadia would receive all A’s throughout her college career. Standing in the way of such perfection is Heath Alexander, a man of unimpeachable integrity, who is about to give Nadia a B+ in his literature course. Will he budge off his principles and award her the higher grade—especially if he is made to understand the dire consequences of not doing so? In this delightful and hilarious novel, matters are complicated further by several of the professor’s colleagues, who plot to deny him tenure; the Don’s loyal yet inept associate; and the Don’s irrepressible and crafty former lover.

THE PALE CAST OF DEATH


A young actress, with an astute investigative as well as theatrical sense, probes into the shocking murder of a respected theatre manager in the late Victorian literary mystery "The Pale Cast of Death."

January 1898. The large audience inside London’s Acropolis Theatre is teeming with anticipation for this production of Shakespeare’s HAMLET, featuring two of the city's latest theatrical stars. Then in the third act, when Hamlet thrusts his sword through the on-stage curtain and sweeps it away to reveal the mistakenly slain eavesdropper Polonius, the audience sees not the actor playing Polonius but rather the slain body of the Acropolis’s manager Morris Roberts-Smythe.  Actress Catherine Healy, with the assistance of her husband Jamie Millard begin their own investigation and run afoul of the disagreeable Denham Phillpotts of the Yard.  They must maneuver past a number of highly flawed, eccentric, disturbed, and dangerous characters to solve the crime. They soon learn that beyond murder there are a series of other mysteries involving these characters, some having to do with private and shocking sexual conduct.

AN ATLANTA LAWYER IS DRAWN INTO A DYING SOUTHERN TOWN AND ITS INCREASINGLY MYSTIFYING AND INTRIGUING CIVIL WAR PAST.

​    Receiving an unexpected phone call from his former sister-in-law Myra Sealy, who tells him that she has shot and killed a "soldier" at the old and vacated family house, Atlanta attorney Michael Fallon agrees to travel to the decayed hamlet of Ashley, Georgia to offer his assistance.
Fallon's life has had its blessings, but thoughts of his late wife Anna, who left him immediately before her suicide, continue to haunt and torment him. Driving down to Ashley, Fallon learns that the nearly extinct town is still in the grip of an event that occurred in early December 1864. Fallon interacts with a handful of locals who mystify Fallon with their references to the town's history and offer warnings that he should leave Ashley to its fate.
A novel of mystery, passion, and horror, Awake the Southern Wind speaks to readers interested in those matters, as well as Civil War history and its legacy on the present day South.

Mary Wulf, wife of baseball slugger Gary Wulf, has invited her four dearest friends to her Southern Connecticut home for a fun-filled late August weekend get together.  Each woman brings her unique personality and emotional perspective.  Being together for the very first time, the women reveal far more of themselves during the weekend than they ever expected. Indeed, the humor is continuous--while tenderness, poignancy, and sorority also pull at the reader's emotions.  There is much on multiple levels to draw one into the lives of these women--who are in effect wedded to sport as well as to their men.

​In Mind of the Vampire


When Dr. Julian Hemmings agrees to apply the controversial techniques of his mentor Sigmund Freud to the deeply troubled Lucy Westenra, he begins a descent into a world of Gothic horror that prompts his own self-analysis and a confrontation with a long-suppressed passion that has affected his life since adolescence. Set in London during the fall of 1897, the novel, which also featured Hemmings' growing feelings for Lucy's friend Mina Murray, takes the reader to a beguiling and enthralling place where intellectual sophistication clashes with primal instincts and needs—leading to consequences that testify to the enduring and unalterable power of the imagination.

In this political mystery, the White House press secretary seeks refuge in Canada after being fired for refusing to deceive the press over an shocking incident involving the chief of staff, who is also the president's older brother.

JFK researcher Mark Kemble becomes entangled in a violent series of events that eventually leads him to Dallas and a confrontation with the assassin of the President.

In Echoes of November the details of Kennedy's assassination are blended into a mystery/thriller with a historical component as exciting as the story itself.

Freshman Senator Tom Roper discovers that four of his acquaintances and their wives or lovers have been brutally murdered by the same killer, who leaves a five number sequence and two bloody initials at each of the murder scenes.  Circumstantial evidence strongly suggests that Senator Roper is the intended fifth victim, but is he?  And just who is the killer and what motivates these savage acts?

Also the target of others who wish him harm, the iconoclastic senator races against a set time frame to solve the riddle of the numbers and letters and to prevent the final murder in this deadly sequence.